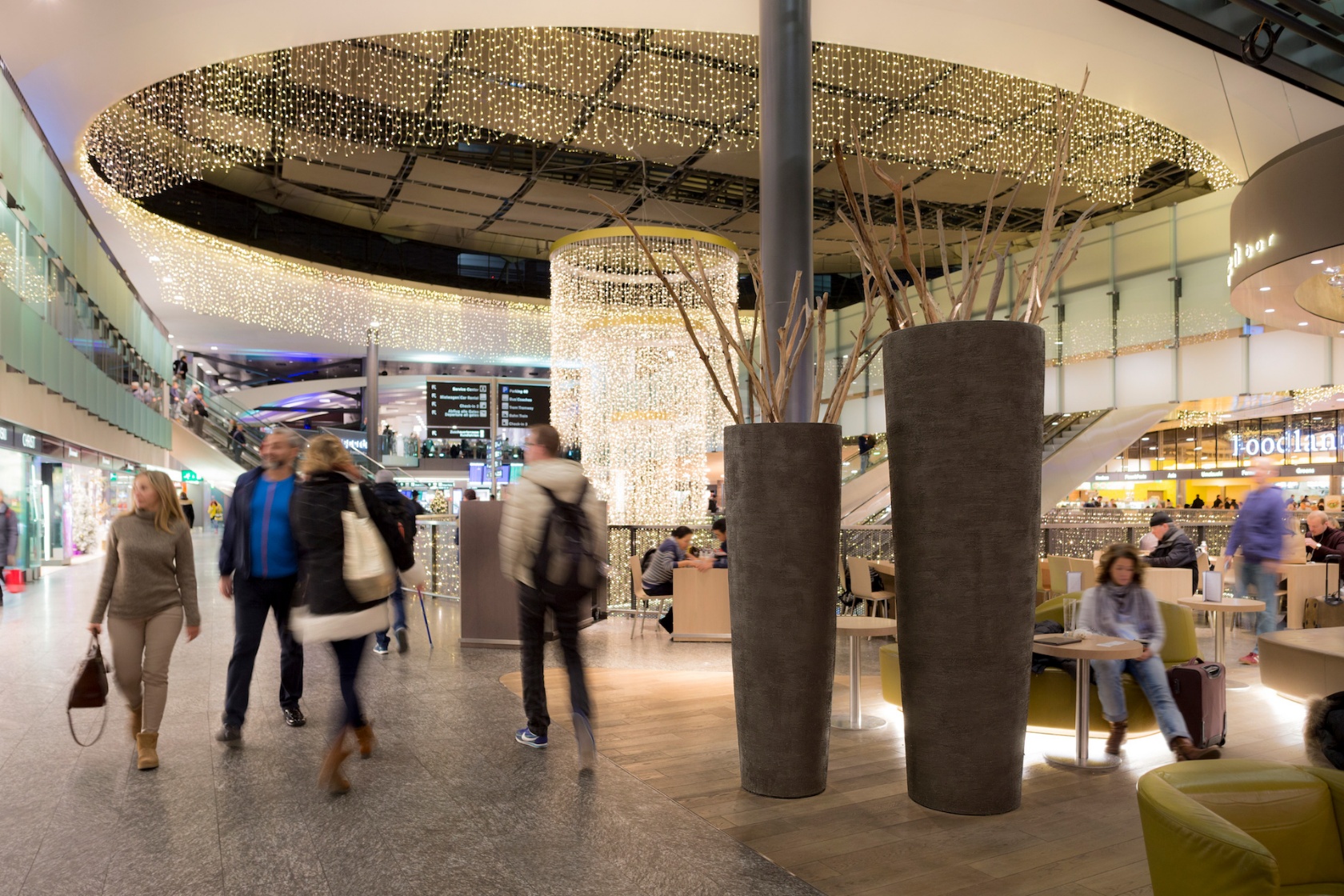 Zürich Airport, also known as Kloten Airport, is the largest international airport of Switzerland and the principal hub of SWISS. Zürich Airport completed a major expansion project in 2003, in which it built a new parking garage, a new midfield terminal, and an automated underground people mover to link the midfield terminal to the main terminal. In November 2008 a complete renovation and rebuild of the old terminal B structure was announced. The new terminal B opened in November 2011, and provides segregated access to and from aircraft for Schengen and non-Schengen passengers. Zürich Airport handled 25.5 million passengers in 2014, up 2.5 percent from 2013.

For the interior design in and around the coffee & bar areas, Zingg – Lamprecht supplied a series of high AHS- vases in black anthracite texture and filled up with dry wood.