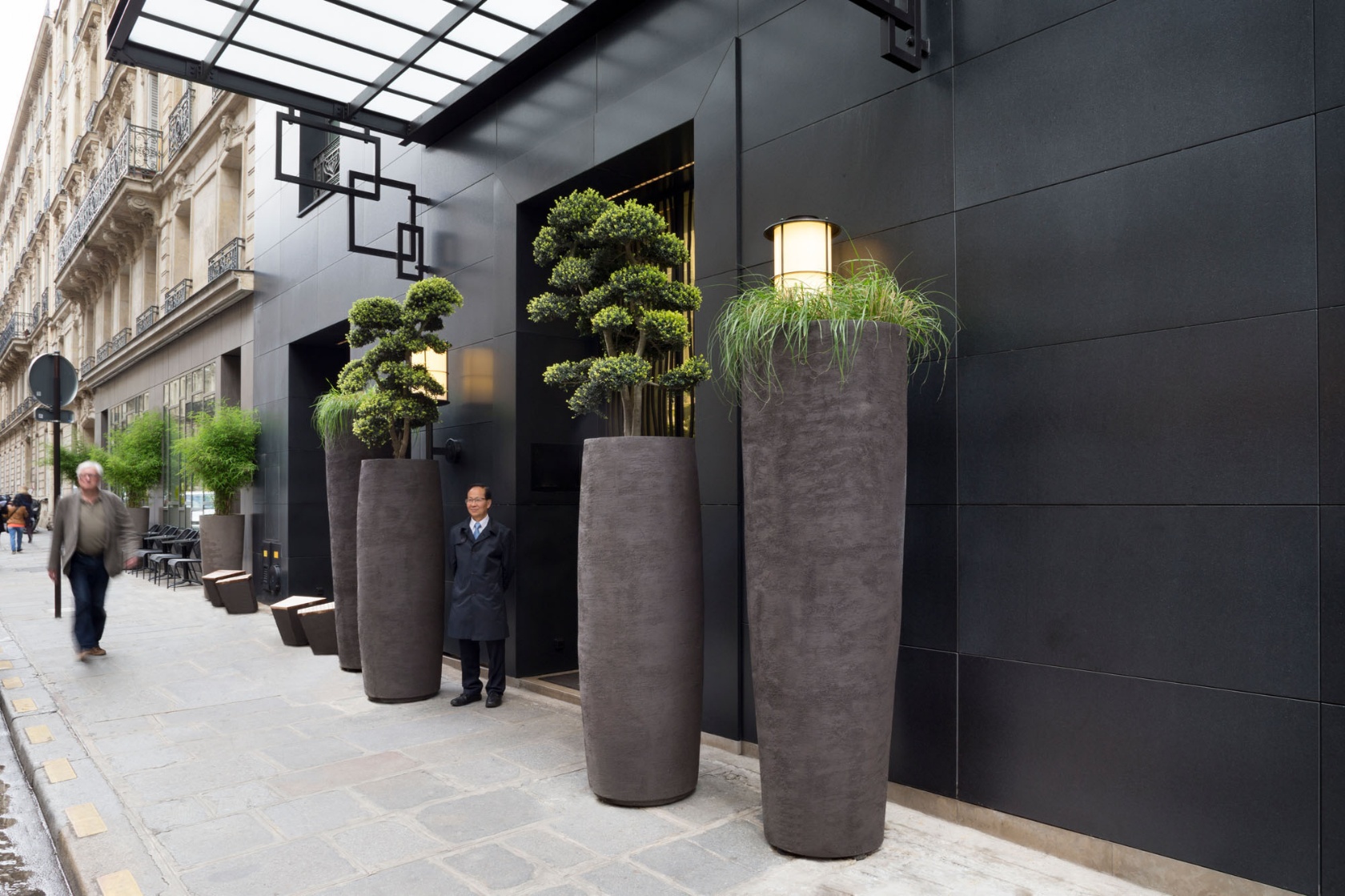 Hotel Marignan Paris five star is ideally located at 12 Rue de Marignan, a quiet street in the 8th Arrondissement, which connects the Champs-Elysees and the Avenue Montaigne, Mecca of Parisian shopping, in the center of the famous “Triangle d’Or of Paris”. As the hotel sits only steps from the Grand Palais as well as from many pres- tigious art galleries, its address has a natural association with both art and cul- ture. The interior architect Pierre Yovano- vitch, icon of New French Style, trans- formed the Hotel Marignan Paris into an island of contemporary luxury, a serene and confidential stop in the heart of the capital. For the entrance, the owners of the hotel have opted for black anthracite AHS and CBH vases, and some smaller ZB seats along the façade.